Long story short.   I’ve have wanted to get into RC helicopters for a long time, but they are hard, real hard to fly.  At least the cool collective pitch types that have the most maneuverability and seem like the most fun.   A buddy of mine tried, and gave up.  Then he found multi-rotors, and the Ardupilot platform and started building.

I initially acquired a Blade Nano QX for use in the office to learn to fly, and because it’s cheap and easy fun.  Almost indestructible.

Then I picked up a Blade QX350, which is awesome, but not programmable, or missionable.  But it has ‘safe’ modes, is GPS aware and will return to launch with the flip of a switch.

On Thursday, I built a Ardupilot based DJI F550 Hex with Jason. 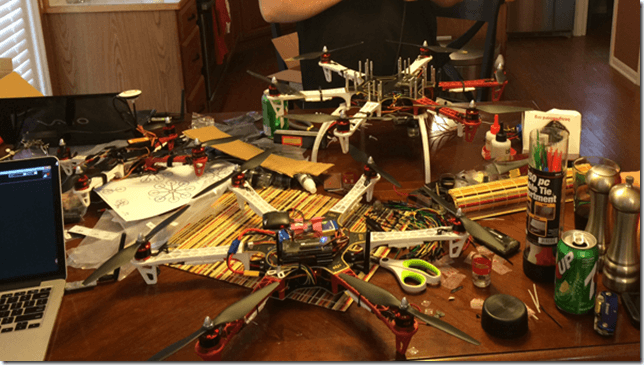 We assembled it in one day and test hovered it by 3:30pm in the afternoon.   This was only doable because Jason has built a couple of these and spent countless hours figuring out the nuances.   I am forever grateful for that.  I’m sure he saved me much frustration.

This morning that changed.

I was able to get it out and fly a bit in the front yard.   Living on 16 acres has it’s advantages.   I was able to exercise a couple modes.  Standard stability, Stability with simple, the new Drift mode as well as test return to launch. 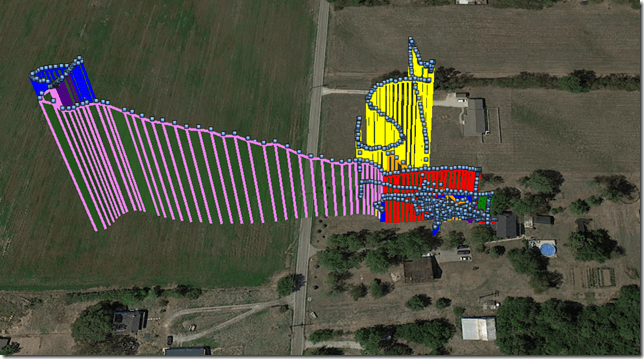 I don’t have a camera mounted to it yet, but Molly took a little video of it with my phone.

Some video footage (raw) from a QX350 flight last weekend is here:

We were flying the Blade QX last weekend on the edge of that nasty storm.  It was surprisingly stable in up-to 30mph gusts.    It was blowing like crazy but stability mode really kept it controllable.  Pretty amazing actually.

I would never have tried that with the new F550 but the blade is rock solid in conditions like this.