Every year the Dayton Motorcycle Club puts on the Devil’s Staircase Motorcycle hill climb.  In fact this was the 60th running in 62 years (2 years were cancelled due to weather).

Now I haven’t been in 20+ years but it seemed like a good thing to do this year since our late summer endurance rally (The Void) was cancelled.

So here we go. 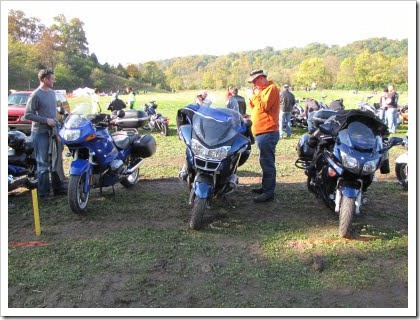 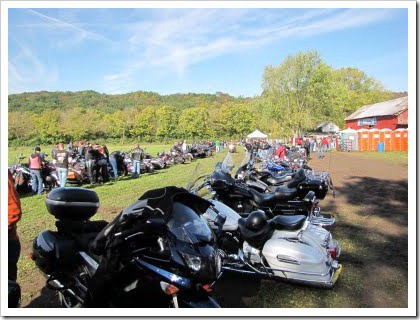 Always fun to park your bike in a muddy cow pasture.  We were there early but not too early.  This field would be full in a couple hours.

The Devil’s Staircase (quite muddy today) 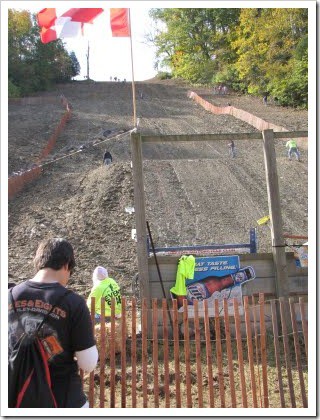 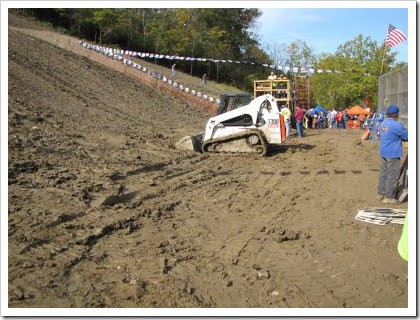 Was quite muddy early but dried out for a good day of launches up the hill.

Our view from across the valley: 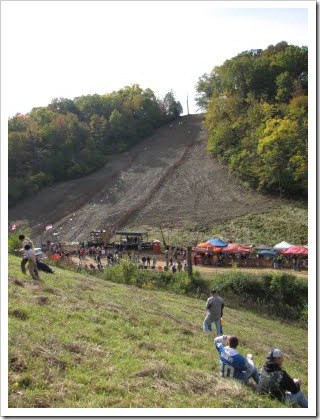 Now back in the day, I remembered that *most* guys didn’t make it up.  The hill wasn’t nearly as groomed.   The hill as it was today was completely different.  Basically an up-hill drag strip.  Only 3 people didn’t make it and up-hill.  It is a timed event, and times up the hill ranged from 6.5 seconds (impressive) to 10 seconds through 3 different classes.

Unlimited, Open and Stock (or something similar).

Lots of cool bikes tricked out just for hill climbing. 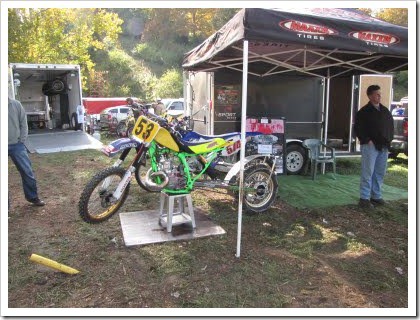 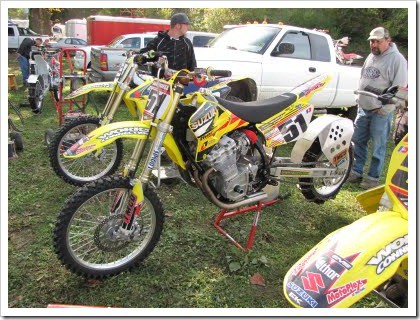 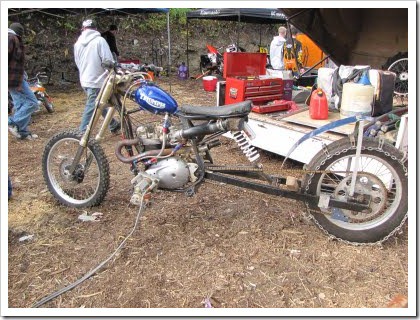 Old Glory was dropped in to start the ceremony. 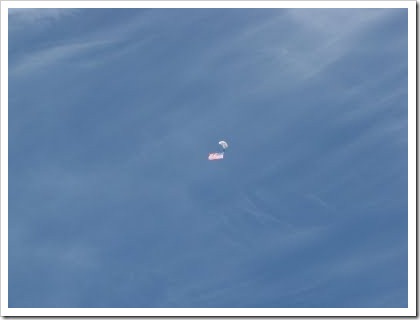 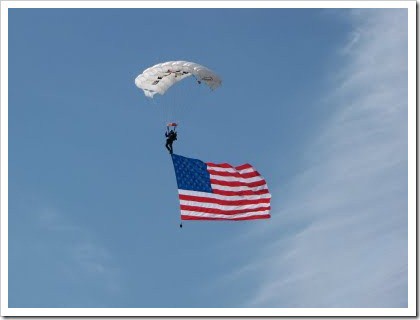 Note how full the motorcycle parking pasture is now: 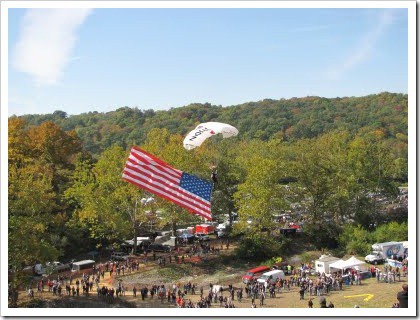 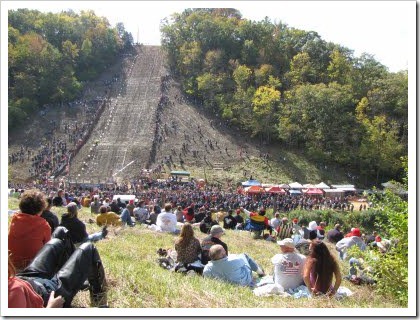 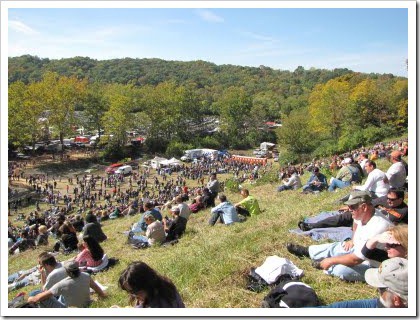 Beer by the gallon… 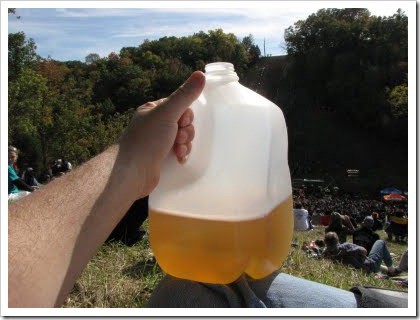 You could buy any beer you wanted as long as it was Miller Lite[tm] and it was $15/gal.

Which at any sporting event was a bargain!

We watched the first run (61 or more bikes from the hill) then walked down to the launch pit and watched quite a few. 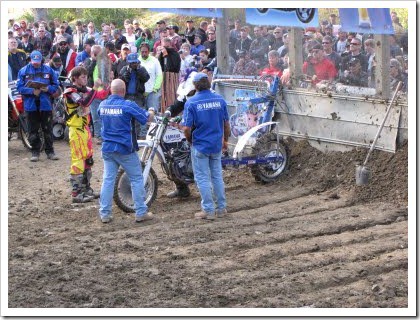 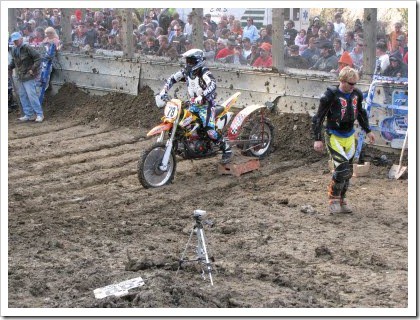