Thursday, our final real day on the trip before we start heading back is supposed to be light.

We started out the in the morning by visiting the Garden of the Gods, a really cool place.  If I were 20 years younger I’d be climbing all over those rocks. 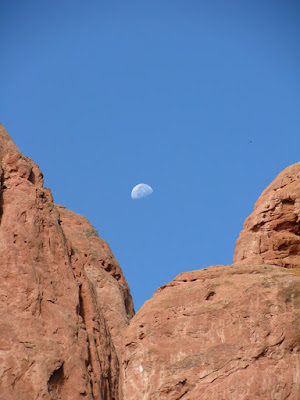 (more photos in the gallery)

After spending a little time there we grabbed a quick breakfast at McDonalds, then called Pike’s Peak to see if we could get up.  It was a go.

It costs $10 for the privilege of riding up the mountain.  The road wasn’t nearly as treacherous as I’d heard, and the views were spectacular. 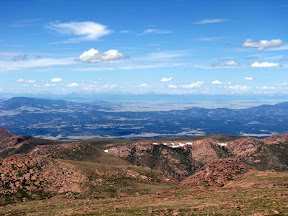 We spend about an hour up top taking in the view, taking photos and what not.  Then we headed down, and it’s good we left when we did.  The mountain got pounded with rain shortly after our departure.  The unpaved areas are not good for bikes when wet.

From there we beat feet to Golden, where the first ever National FJR Rally was being held.  It was this weekend and I was on the fence about staying any more days.  Two weeks is plenty.

We slummed around the hotel for a while and I finally decided I’d see these folks again at other get together’s and it was time to head for Cincy.  Or at least put an effort towards getting  home.

We tried to beat the weather but it was brutal.  Literally raining sideways in two different directions.  I didn’t have time to stop and take any photos but clearly a tornado was in the works.   We got a good distance past the storm and stopped for dinner in Limon, Co.   While eating the storm caught us and there was no way we could ride any further.  So we grabbed a room at the nearby Best Western.   We slept from 8pm until 1am.  Riding at night across Kansas turned out to be the way to go.  It was much cooler.  We put down about 600 miles before it again became unbearably hot (and boring).  It also looked like we were going to hit St. Louis at rush hour.  Not a good thing when your tired and it’s 95+.   Again we decided a hotel with a pool was in order.   Same plan, we slept from approx 8:30pm to midnight then got up and beat feet for home.

This was a trip of a lifetime.  It was special to be able to do this with my dad, and a great friend.  It’s unfortunate that his dad couldn’t continue.  (more on that later). 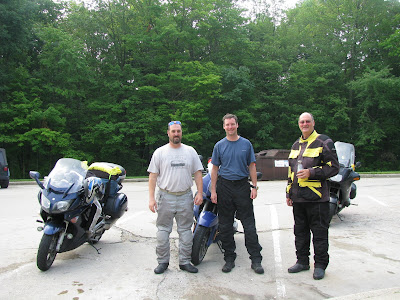 I am looking forward to taking the family out west in the future.

There’s still more to write about, more thoughts, more details.  I’ll add a couple more posts about the trip after I catch up on some sleep.