After the soccer match and posting part II, we decided to just chill for a while. Maria was obviously a little over done. Somewhere in between tired from soccer, but still in that I need attention phase so what ever Molly or Michael did she had to make sure she did something even if it was mean to someone else.

Of course she doesn’t ever stop eating. I don’t know where the food goes.

It’s lunch time and Molly had been dying to cook, so it’s time for the dreaded Pizza bites. I think this is her chance to prove herself, that she can do a lot of the things her big sister Maggie can do. 🙂

We turned on the TV and watched what the kids always want to watch, ‘Walker Texas Ranger’, two episodes, and ate the pizza bites.

After that we stumbled across Jason and the Arganots so we (the girls and I) cuddled on the couch and watched that for a while. Michael played PS-2 upstairs.

Around 5:30pm I decided we’d been lazy long enough and we needed to close the pool. Michael and I took care of that. That took about an hour.

We debated what we’d do for dinner, Pizza or Wendy’s. We had to go take care of Cisco, and maybe just maybe take a trip to WalMart.

We ran to the barn, did Cisco’s stall and brought him in. I remembered the gift card I had for Best Buy so we stopped in there and looked around.

Michael wants a Game boy Mini. I looked at Camera stuff, and of course we looked at new TV’s

We found the Holy Grail of TV’s: 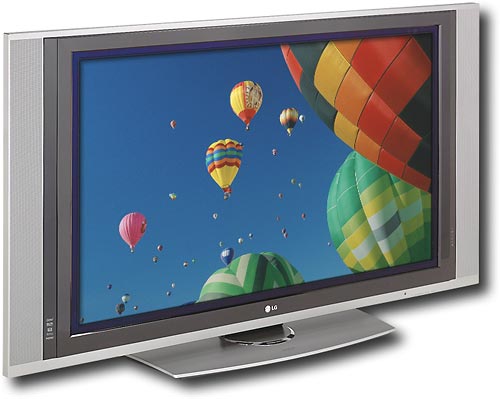 This baby is Plasma (yeah I know) but it had the best picture in the house. Built in HDTV tuner, Card reader for photos, build in HDTV Digital video recorder! You can send back your digital cable box, this has it built in. It’s only $4999 🙂

Anyway, as much as the kids wanted me to buy this, I didn’t. We escaped Best Buy without spending a dime and decided on Wendy’s.

Dinner was uneventful, and we headed home for desert only to find that we were out of ice cream 🙁 I’ll have to make that up to the kids tonight.

I sent the girls up for their baths and worked on some web stuff that I’m working on and watched the Nascar race, only to find that even though I recorded it plus a 1 hour overage, I still didn’t get the final 10 laps. Arrrgh!