Phil was our auto mechanic.  He lived down the street from us on Radabaugh right over the ‘dip’ in the road.  His house was commonly referred to as the Cracker Barrel house because it always had a TON of stuff on, and around it.  It wasn’t junk though, it was ‘decorated’.   I’m somewhat saddened that I didn’t get to know Phil better.   Most of our interactions involved car repairs, though we did have the occasional neighbor chat, about happenings in Trenton.  He took an annual fishing trip to Canada in the fall and I was looking forward to joining him for one of those trips.  Phil was a laid back easy going guy, always cheerful and honest.  The kind of guy that comes and plows your driveway in the winter and doesn’t ask anything in return.  Heck for the last two years we didn’t have any idea who shoveled our driveway but we caught him in the act this year.  He was also restoring an 80’s Kawasaki K1000 and we frequently talked about riding when he got it back together.

His Obituary from the Journal news follows: 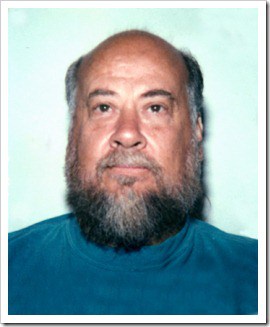 News Death Notice
MORRIS, Phillip S. age 61 of Trenton passed away at Atrium Medical Center on Tuesday, April 6, 2010 at 12:06 PM. He was born in Hamilton on September 29, 1948 the son of Elmer and Nellie (Chaney) Morris. Phillip was employed as an auto mechanic. He is survived by his mother, Nellie Morris of Hamilton; a brother, Kenneth (Gail) Morris of Pleasant Hill; three nephews, Shawn Morris, Jason Morris, and Marcus Christy; and a niece, Michelle Christy. He was preceded in death by his father, Elmer Morris, and a brother, Dr. Marcus Christy. Funeral service will be held at the Brown-Dawson Funeral Home, 330 Pershing Avenue, on Saturday, April 10, 2010 at 10:00 AM with Pastor Shawn Morris of Salem United Methodist Church, Wapakoneta, Ohio officiating. Burial will follow in Millville Cemetery. Visitation will be held at the funeral home on Friday from 5:00 PM to 8:00 PM. www.browndawson.com