Lots of Beldin’s from everywhere.  Lots of people I hadn’t met or hadn’t seen in nearly 20 years.   I think only 1/2 of the family was there but I’m sure I’ll be corrected if that’s not right.

Pretty much just a hang out day, and eat.  Not much different than Disher/Thompson get together’s. 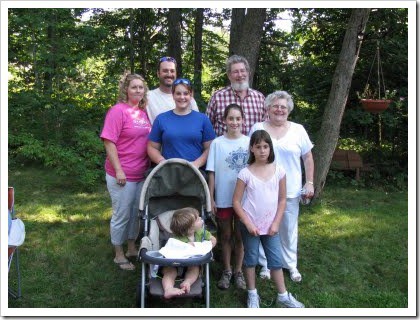 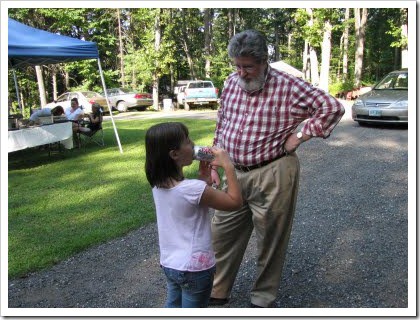 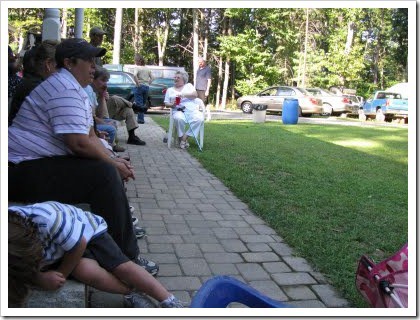 Again, Matthew was a trooper and charmer (like his dad).   The party started winding down around 8pm and the folks that were left were gearing up for a late evening of cards (Hand and Foot).  It’s not my thing so Matthew and I went back to the hotel to give the family some time without chasing him, and so that I could decompress.  Lots of people wear me out.

When we pulled in, I smelled gear fluid again, something I noticed rather strongly during one of our stops on the way up to NH.

I looked under the excursion and the rear diff was weeping pretty badly.   I wasn’t happy about that but really wasn’t much I could do there.

Matthew and I headed back to the hotel to chill.  We kept things low key and he crashed around 10pm, I was not far behind.  I hopped on the internet and got caught up on the IBR drama and the final results.  (Yes, someday I hope to ride that rally)

The following morning (Sunday) was head home day.  Check out was at noon, I got up around 9:30 and check the Excursion.  There was a decent sized puddle under the rear diff.   Granted it’s a 2000 with close to 150k, but it has never left a drop of anything anywhere.

The night before I scoped out a couple options and figured worse case I buy some tools so I could top it off on the way home if need be.

I stopped at Pep Boys and explained my situation.  On the tail end of a family vacation with 1000 miles left to go, could they help me out?

They agreed to take a look.  30 minutes later they were suggesting about $400 worth of work and it would take 2 hours or more.  I didn’t have 2 hours.  It was now 10:30 and we needed to be out of the hotel at noon.  So I asked them to top it off and they agreed.   It really only took about 1/2 quart, perhaps just a bit less, and that was encouraging to me since it held 3 quarts.

I returned to the hotel, packed up and we headed out.   We were going to stop back at Quechee to visit FAT Hat clothier.  Claudine generally treats herself to something from there on each trip.  I looked around but couldn’t stomach paying $185 for a soft shirt that I get from Early Winters/Sahalee for $65

Nothing was purchased, then we ran down Quechee village to the Cabot Cheese shop and loaded up the cooler with all kinds of cheesy goodness.

Matthew rode the vintage horse while the girls shopped. 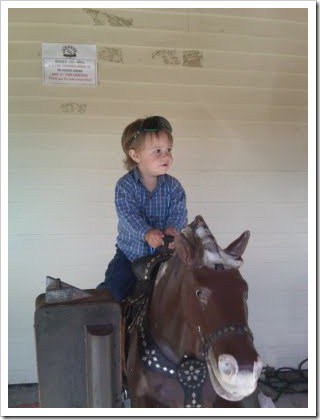 After a few hours of shopping we headed west through Woodstock. We finally grabbed some Wendy’s in Rutland after not finding a good place to stop.  Seemed a lot of stuff was closed and I don’t like stopping at little by the side of the road dinners if they don’t have cars in the parking lot.

The rest of the trip home was fairly uneventful.   Just lots of driving.

The fog got really bad just south of Columbus Ohio and that last 100 miles was killer at 4-5:30am.  But we’re home.

I’ll update this blog as I get more photos from the other kids cameras.