A buddy of mine passed this along:

“Just because I have heavily gelled, jet-black, slicked-back hair does not mean I can’t lead a normal, productive life,” Kettering, OH native Martin Sutulovich said. “I’m not consumed by an insatiable thirst for power, I know nothing about the high-pressure world of real-estate speculation, and I have a wife and kids whom I love very much. The last thing I want to do is murder them, cut them up into tiny pieces, bag them up, and put them out with the trash, but when strangers look at me, that’s all they think.”

via the Onion, enjoy…

Or… “Not everyone that shows up is there to help” 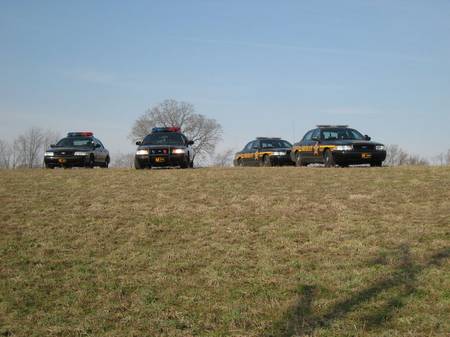 The problem with having any amount of land is that people seem to think they can just use it. Our property is situated in such a way that it’s pretty convenient to ‘cut through’ it. We’ve tried to discourage that as much as possible. It is ‘fenced’ but that doesn’t seem to stop folks.

This morning was exciting. I was woken up by one of the girls letting me know there were kids in our field again. Last year they had built a hide out among the power lines. Which as far as that goes doesn’t bother me as much as they had taken tools from the barn to build their hide-out.

I’ve scared the bejezus out of the kids in the past, and have waited until they have crossed our property only to make them turn around and go back. Apparently this isn’t enough.

So I hopped up got dressed, grabbed the Excursion and headed out to the field and caught one of those nasty trespassers. I kindly explained that this was private property, and he was trespassing and I didn’t want to see him here again. Then I asked where his friends were, and he said there were a couple ‘over there’.

Over there as it turns out was a complete camp, with tents, tables, chairs, and a roaring fire.

Technically though it was on our neighbors property but I knew they didn’t have permission. So I decided to play camp counselor.

I popped in and introduced myself, let them know they were where they didn’t belong. I asked them to pack up and move along. They weren’t very enthusiastic, (I’m not sure I would have been either having slept through the cold last night). I explained to them that the Sheriff was on his way and if they left before then, well, that be in their best interest. Still they didn’t seem to move too fast, which was unfortunate for them.

Apparently this camp site has been there for a while. Possibly even last summer, which just proves my neighbor isn’t all that in tune with what happens at his property.

The ‘Law’ showed up, and hassled them a bit, and made them clean up. I think that probably scared them enough. Not like I ever did anything like that when I was a kid 🙂

We assume they’ll spread the word that the camp site is closed. We’ll keep an eye on it and have something special for the next round of visitors.

I’m thinking maybe we’ll drop a nice stink bomb in the middle of their camp at 6am next time. 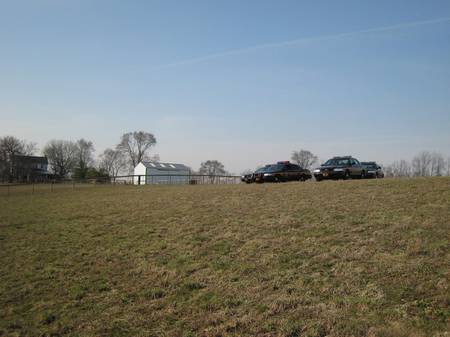 I had tried to take photos of the camp site but my camera had spent the night on the bike and was essentially frozen. By the time the ordeal was over, it was working again.

For My Democrat Friends:

“Please accept with no obligation, implied or implicit, our best wishes for an environmentally conscious, socially responsible, low-stress, non-addictive, gender-neutral celebration of the winter solstice holiday, practiced within the most enjoyable traditions of the religious persuasion of your choice, or secular practices of your choice, with respect for the religious/secular persuasion and/or traditions of others, or their choice not to practice religious or secular traditions at all.

We also wish you a fiscally successful, personally fulfilling and medically uncomplicated recognition of the of the generally accepted calendar year 2007, but not without due respect for the calendars of choice of other cultures whose contributions to society have helped make America great. This is not intended to imply that America is necessarily greater than any other country nor that it is the only America in the Western Hemisphere. And without regard to the race, creed, color, age, physical ability, religious faith or sexual preference of the wishes.

By accepting these greetings you are accepting these terms. This greeting is subject to clarification or withdrawal. It is freely transferable with no alteration to the original greeting. It implies no promise by the wisher to actually implement any of the wishes for herself, himself, theirself, or others, is void where prohibited by law, and is revocable at the sole discretion of the wisher. This wish is warranted to perform as expected within the usual application of good tidings for a period of one year or until the issuance of a subsequent holiday greeting, whichever comes first, and warranty is limited to replacement of this wish or issuance of a new wish at the sole discretion of the wisher.”

For My Republican Friends:

While poking around online looking for Christmas gift ideas, under the category “Wife”, this was suggested on buy.com.

Uhm, I may be dumb, but I’m not stupid… Aint no way I’m giving my wife a book about dieting.