This was a pretty big weekend for us.

First Maggie finished up her Piano camp and had a recital at CCM on Saturday.  Maggie had a great time at camp and play 1/2 of a couple duets for some of the younger students.  She should have been in the advanced class.  They were going to move her but didn’t have an opening.  She played very, very well. 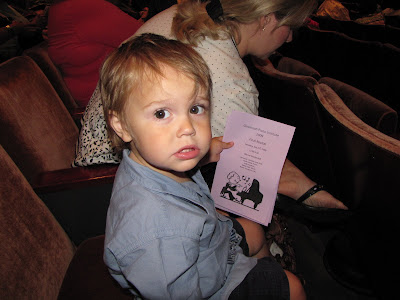 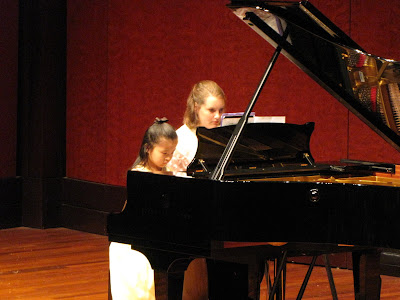 The vid and sound isn’t the greatest, lighting was horrible and I shot this with my Canon SX-10 camera not a video camera.

They bought a bunch of land a couple years ago and uncle Mike built a log cabin.  It’s pretty sweet. 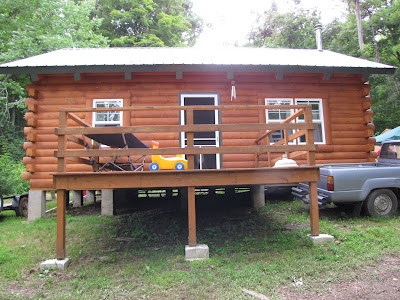 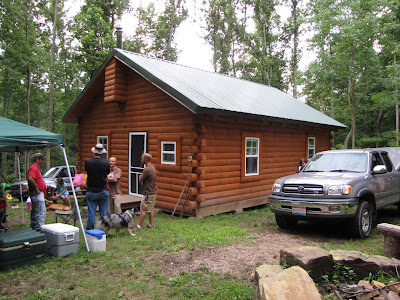 After a bunch of trees came down in the storm last year he purchased a saw mill so the wood wouldn’t go to waste and built a barn, tool shed and my cousin Jeremy is in the process of building a cabin on the property as well.  All with wood from the property.  How cool is that? 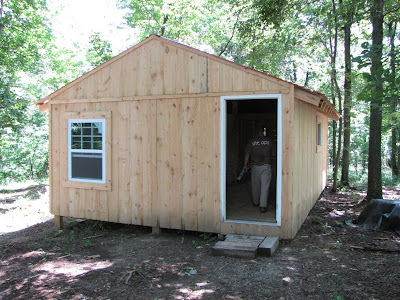 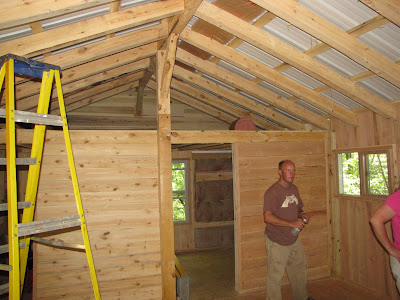 We spent the day riding the Mules around.  There are over 7 miles of trails, a lot of them pretty technical.  Made me miss dirt bike riding really badly.  Can’t wait until Matthew is old enough to start riding.  The little guy had a blast on one of the kids electric four wheeler.  The battery was nearly dead by the time he got on it.  Molly still made sure he got a few rides in pushing him around the best she could. 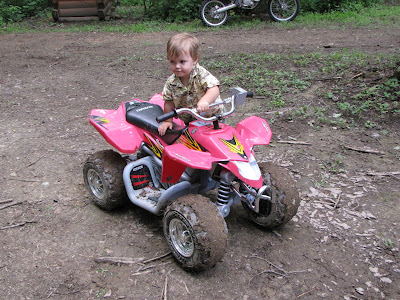 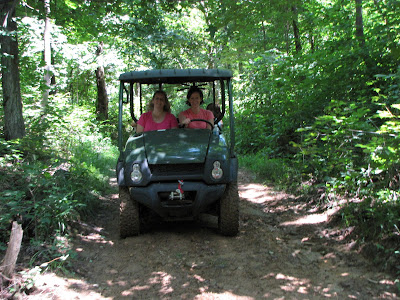 Jeremy took me for a ride in his off road truck.   I was very impressed with where that thing could/would go. 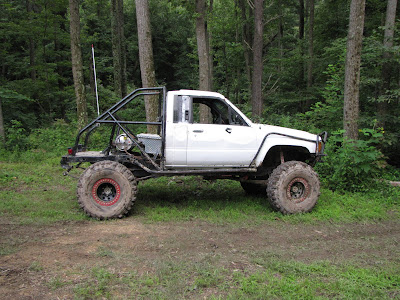 We did get it stuck though, but only because it was a tad wet from all the rain on Saturday and the hill was nearly vertical out of a creek bed.  It had a right side mirror when I got in it but we didn’t get more than 50 yards and we took that off with a tree.

It was the first time I’d seen the boys in two years.