Gar started this mess two years ago and it was supposed to be an annual thing.

I don’t know what happened last year. The first year there was snow on the ground but it wasn’t as cold as today.

When I lift the house this morning it was a tepid 42 degrees. It had to warm up right? Yesterday the weatherman (first mistake was believing them) was that it would be a high of 50.

It just got colder as the day wore on. 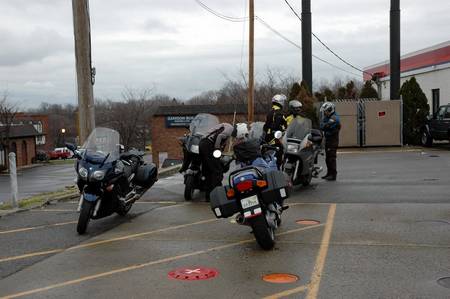 We hooked up at the gas station in front of the drawbridge inn around 10am. Pat then took us on a quick ~30 mile ride around the Rabbit Hash area. We stopped at the country store (same as last time) and warmed up by the stove. 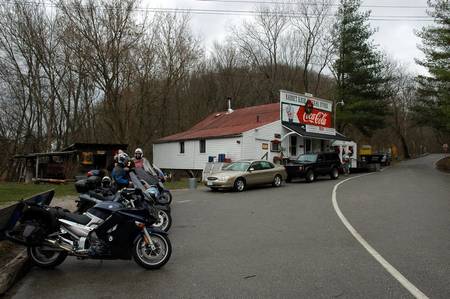 Then off to the Hofbrau House for some good eats. My hands nearly froze on the ride to the Hash, but then I wised up and put on my heated gloves. Once they were in place all was well. I think everyone had electrics so no one froze to death.

We left the hash and headed straight towards the Hofbrau for some good eats.  Good ride, good time, good company, and good food.  Can’t ask for any better than that.
For the ride home it was a balmy 36 degrees and the wind was brutal, but I was as toasty as could be.