Ok after much internal debate I decided what the hell. Since it’s basically illegal for manufacturers to require you to get your service done at a dealership to keep your warranty intact, I’m going to do the 600 mile service myself.

Chances are better that I’ll get it done right anyway.

I ordered up a service manual and it arrived last week. The only surprise in it was that for 06, they do recommend a throttle body sync at the 600 mile interval. Something the dealer that I purchase the bike from said wasn’t necessary.

When I picked up the bike I bought two oil filters. Last week I picked up the required crush washers, and Yamalube. Both 20-40 engine oil and shaft drive lube (which is just 80/90 weight gear lube).

First order of business was to break it in and put 600 miles on it. I did that last week commuting and through some evening rides out in the country. 600 miles, er, well close enough… 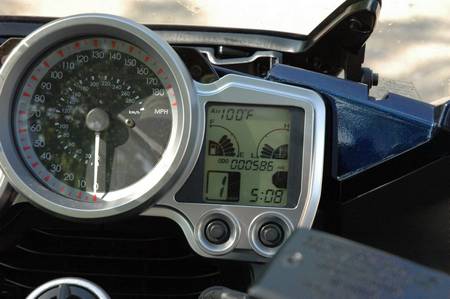 Step one, change the oil.

This isn’t rocket science. As you can see the as of yet unnamed Feejer was still warm so I commenced to draining the oil. Per suggestions on the FJR site, I popped free the one body panel and protected it with aluminum foil for easy clean up. 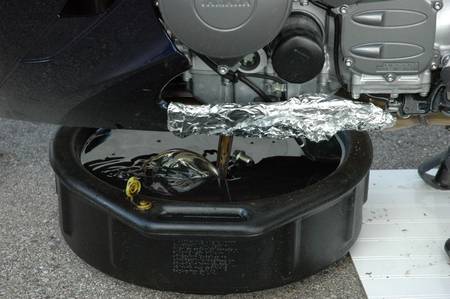 Yes, as with most, getting the drain plug free was a @%$@#$, and the crush washer was on backwards.

After it drained I removed and installed the new oil filter. Using clean (new) oil on the gasket. Then filled it up. With 4.23 quarts. I watched my low oil light turn off at approx. 3.2 quarts as I filled it up so I know that works.

The oil was still fairly clean but you could tell it had tiny bits of metal in it as it should from break in.

The second big item in the 600 mile service is the Shaft Drive Lubricant change.

I slide the same oil pan over and re-used the aluminum foil to guide it into the pan. 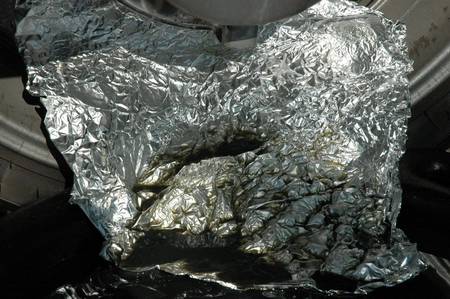 Looked like dirty engine oil. It had plenty of bad juju. The drain plug is magnetic too, and I wiped plenty of filings off of it as well. I’ll probably do both of these oil changes again, or at the BMW meet. I know they’ll have facilities there.

After these oil changes I basically checked all other fluids. They all looked good. Even dipped the coolant. Still good to -40 below. I’ll ride when it’s cold, but not that cold.

If I could get a wrench on it I tightened it or made sure it was tight. Brakes look good, etc, etc.

Then I set up to sync the throttle bodies…

There is lots of info online about how to do this, and what shortcuts to take. There are photos that take car of you up to 2005. The 06 isn’t really any different except;

a) you do have to remove the T brace, and b) you have to deal with a heat shield that others probably don’t have. I don’t know I’ve never done one of those.

The service manual doesn’t even address it really. But you don’t have to take the tank off. You can prop it up if you have half a tank or so. 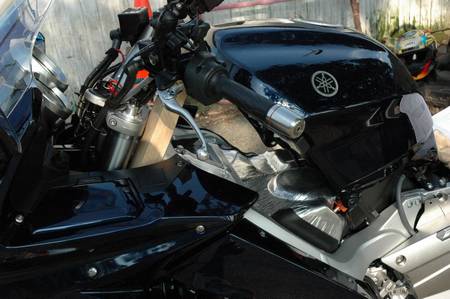 You do need to undo one of those plastic body clip things, and unplug the fuel pump (or the two connectors from the tank and work them through the heat shield). This is really pretty easy.

Then you’ll need to plug the tank back in to get the bike to run again.

Follow normal instructions for syncing the throttle bodies. Mine wasn’t out of spec at 600 miles, though I still got them a little closer together. 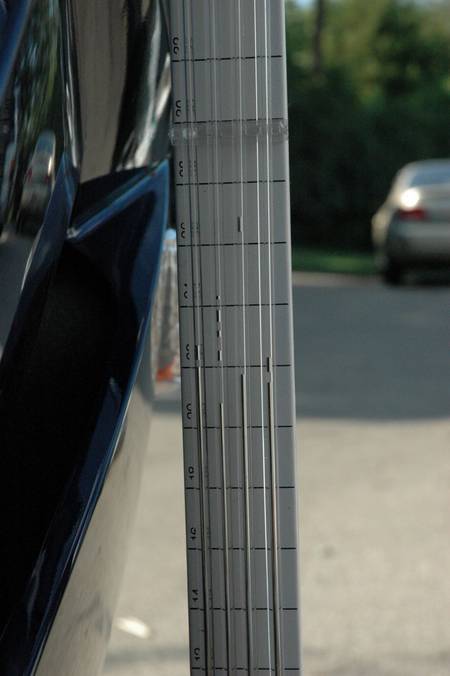 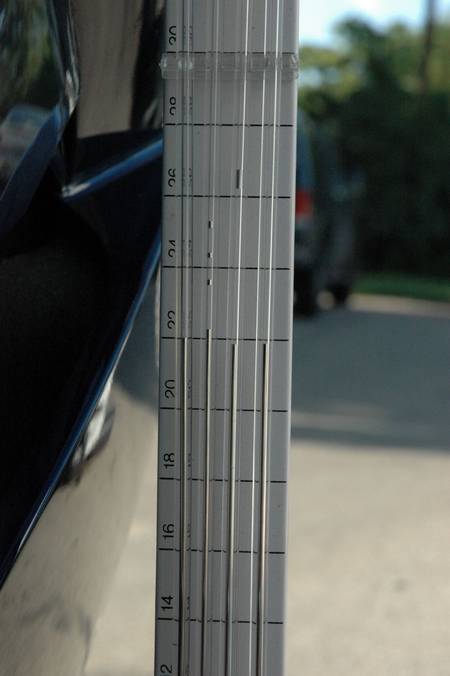 Putting it all together was pretty easy too.

a) When it’s 90 degrees outside, pick your spot in the shade carefully. The wind changed and all of a sudden I was down wind from something dead in the garbage. Not good.

b) The little rubber throttle body caps, go by-by, when you let go to grab your tank when it’s slipping off the block of wood. Make sure you secure it, or that it’s really stable.

c) Those telescopic things with magnets on the end rock for finding said rubber caps because they have little retainers that are magnetic. 🙂