We all met up Thursday at 7:15am at Bob Evans, had a great breakfast than hit the road. Participants in this ride were Dad, myself, Joe, Adrian, and Nate from Indiana. 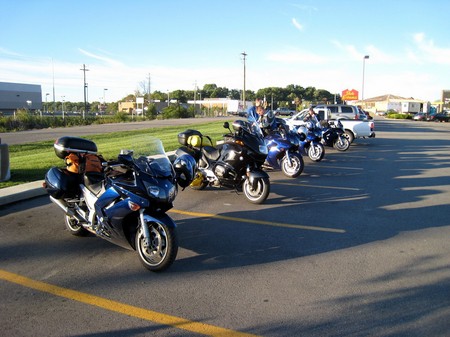 4 FJR’s and a BMW. We headed out on the calculated route, hitting twisties where ever possible.

We made good time and stopped in Gauley for lunch at the Glen Ferris Hotel. It was interesting to say the least. Lunch was OK, and they were sssllloooowww. It was a quaint little place, a lot like the golden lamb in Lebanon, but without the class. After lunch Adrian split form the pack to get his tires changed at a dealer in Princeton. 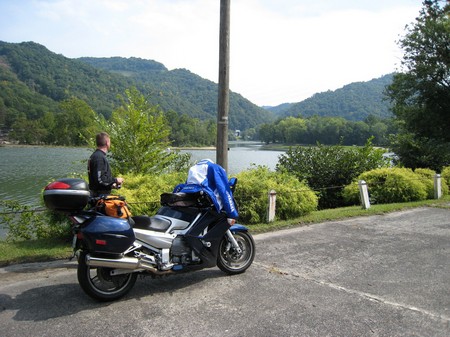 From there we stopped at the New River Bridge… We started to ride down to the bottom but Mr. Garmin kept routing us in circles over gravel roads so we bagged that idea and headed for the Briar Inn. 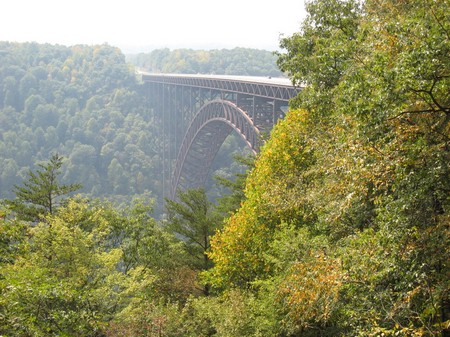 We got to the hotel around 4:30pm or so, checked in, relaxed a little bit, BS’d with a few folks then headed out to dinner at the Ruby Tuesdays.

After dinner, there was plenty of bench racing and chit chat. We turned in with a plan to hit the short route on Friday because the weather showed rain moving in. 🙁

We hit the parking lot at 8am and rolled out around 8:15, heading west and north hoping to hold off the rain as long as possible.

We ended up running up 220 north to Hot Springs then back down the mountain. 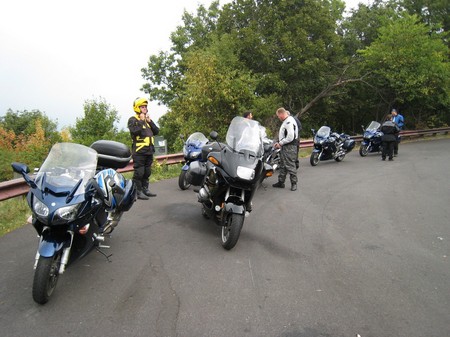 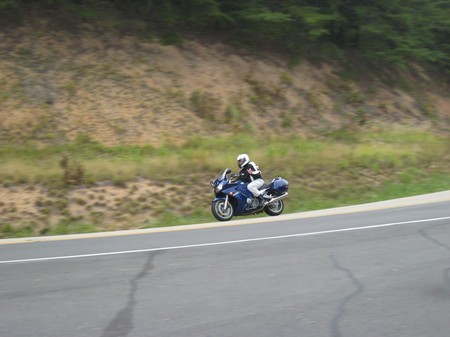 220 was awesome!. On the way back down the hill just as we started heading towards 311 it started to rain, just a sprinkle but it was coming.

18 was a good road but with the wetness it wasn’t in our interest to ride hard so we took it easy. The longer we road the more it rained. We got to 311 and decided to press on up and over the mountain. Towards the top of the mountain we ran into some pretty intense fog. Down the other side in New Castle, we decided we needed a break from the rain and decided to get lunch. We asked a few locals where we should eat and they directed us to Pine Top restaurant. We all had the buffet which wasn’t too bad all in all.

The ride back to the Briar Inn was horrible, constant rain. The Frog Toggs worked great, the only part of me that got wet was my hands. Both set of ‘water proof’ gloves turned out to be not so water proof. Time to order some Aerostitch triple digits.

All this rain has taken it’s toll (again).

Some pretty good flooding from the Great Miami River in the Conservancy area east of Radabaugh road.

The bridge is Rt-73 headed east/west through Trenton.