Well at just over 6400 Miles and a weekend of hard riding last weekend it was time to look things over and do a little maintenance.

At the very least we needed an oil change though 3,000 miles is pretty short for today’s oils. The Yamalube was a little dirty but not bad at all when I drained it. I opted for 10w-40 Castrol this time. It was one of the few oils I could find without the friction modifiers so I thought I’d give it a go.

Also figured out that a FRAM PH7317 will fit my bike as well. That too will save me some dough, all though I do think the Yamaha/Denso filters are probably a little better filters overall, the FRAM should be just fine.

On tap for changes this time was the Barbarian modification.

For the 06 model it’s pretty simple. You peel off some plastic on the left side of the bike, expose the main wiring harness.

Unplug the big connector, push the plug out of pin location 25, remove the wire from 23 and move it over into 25, insert the plug into 23 and put everything back together. 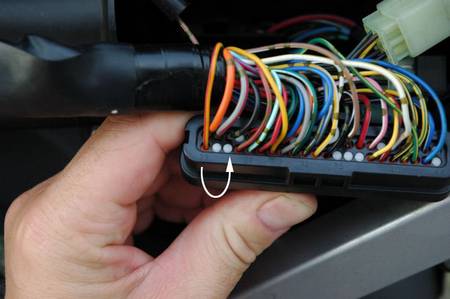 This is all sounds pretty simple and it was until you break that orange/yellow wire. Grrrrrr….

What this is supposed to do, is expose the CO level adjustment interface in the diagnostic menu. Then you can adjust the CO levels for each of the cylinders, giving you smoother (richer) off idle throttle response, and potentially, perhaps a cooler running bike too.

I haven’t taken it for a ride yet, but did adjust the levels +7 across the board as recommended. (Remember all manufacturers set everything lean as can be from the factory to appease the EPA).

I wanted to resync the throttle bodies today as well but ran out of daylight. Will do that maybe tomorrow or on an upcoming weekend.

For more information on the Barbarian Mod check out this resource. 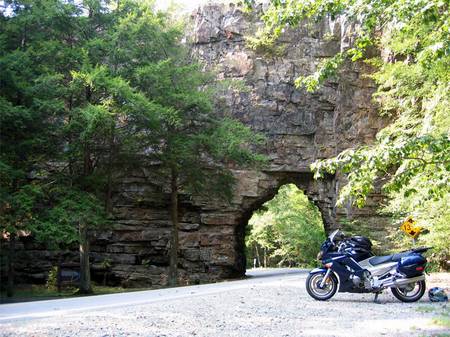 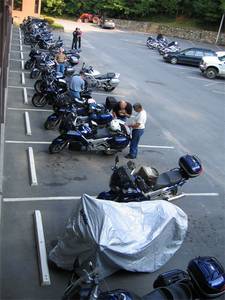 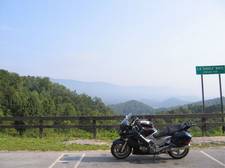 The Netherlands are using the FJR as a Police Bike.

And it looks pretty sweet: 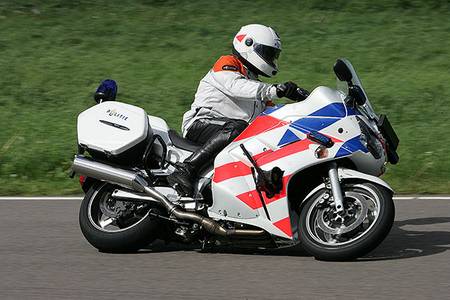 END_OF_DOCUMENT_TOKEN_TO_BE_REPLACED

OK, so I’ve had my 06 FJR for almost a month. About 2400 miles or so into ownership I noticed a little thunk up front every time I hit something hard.

I checked the front end as part of the 600 mile service, but while in Vermont, when I checked I felt a little play in the steering head.

Not to worry, it just needed a little TLC and tightening.

To do this on an 06A really couldn’t be easier. Put the bike on the center stand and support the front end. (Get it off the ground). I do need/want to build one of those front end stands that straddle the bike and support it with straps but I haven’t had time to do that yet. For today I just stuck my floor jack under it with a board on the headers and gave it a couple easy pumps.

The tools for this are really simple.

END_OF_DOCUMENT_TOKEN_TO_BE_REPLACED 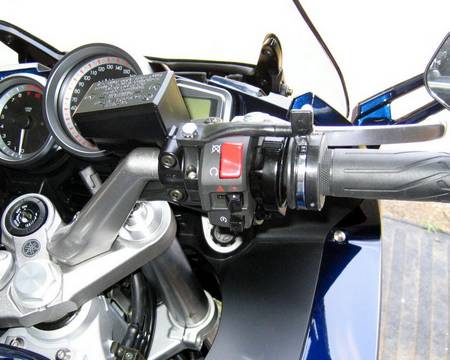