Horrible doesn’t even describe it.

How does one get a roughing the passer call while sacking the quarterback the way Justin Smith got that call? Sad, sad I say….

That pretty much did them in, however the Bengals brought this loss on themselves. They played a very hungry 0-4 team and they did not look like a team that just got their buts whipped and had a bye week to think about it.

The offense was pathetic. How many false starts and bad penalties? 10? A season high? The Bengals shot themselves in the foot so many times it wasn’t funny. After the whipping the Steelers put on KC yesterday, it means they may not be the division gems we all thought they were.

Help me, I’m having flashbacks. 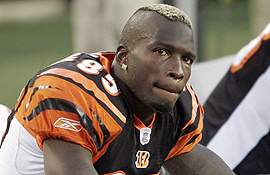 Of course I’m a nay sayer at times. While the Bengals did put up 34 points, they gave up 17 to a completely inept offense. For the most part the defense looked stellar, and the offense sputtered a bit.

For all intents and purposes the Bengals did man-handle the Browns, it never really was a game. They suffered some injuries, some key injuries to Pollack, Braham, and Jackson, all not good, and Sir Chad bruised his shoulder but continued to play.

The Bengals are for real, the next two weeks in my opinion will define the season.

At Pittsburgh and New England at Home. If the Bengals are 4-0 going into the Bye week, they will be 2-0 in the division and that will be HUGE. 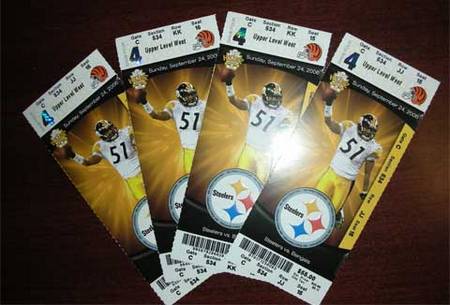 We are going to the steel city to watch the Bengals take it to the Steelers week 3.

Uhuh, yeah, that’s right. We’re coming to get what’s ours.

3-0 Three and Oh. Yeah, it’s still the pre-season and all but all three wins have been pretty impressive. Well, win #3 the Bengal’s looked about as good as Bret Farve looked bad.

But Carson is back and he’s for real and it’s better than where Pittsburg sits, which is 0-3.
Chad has been put on ice, this pre-season. I suspect their giving him a little attitude adjustment, helping him grow up just a little bit.

Rudy, however has not impressed, he’s clearly a north – south runner and hasn’t put to many yards down. He needs a few moves. Is it him, or the line? I don’t think it’s the line. Some of the younger guys look good, real good.

How big would a 4-0 preseason be? HUGE, given the schedule they face this year. Unbelievably big, the one’s that say “It’s only pre-season, are the ones with 2-2 or losing records???. It would be HUGE for the Bengals, period. To put Indianapolis in their place would be big, very, very big. It would set a tone in the league.

Here’s to next Friday, let’s see what they’ve got.